Roxxanne is a mother of three children and has been fighting for environmental justice in her neighborhood for seven years. She is trusted among her fellow long-time residents of North Minneapolis and has worked tirelessly to bring issues of industrial pollution on the Northside to the forefront.  She was a key organizer around the elevation of the Northern Metals facility for the past seven years. To push the city and state to face environmental injustice and racism in her community, she was on the Minneapolis Environmental Advisory Commission for four years, served on the city’s first official Green Zones Working Group, and currently works on three councils and boards including the Environmental Justice Coordinating Council funded by The Mcknight Foundation, and organizes with the Center for Earth, Energy, and Democracy. She also received the Archibald Bush Leadership Fellowship and completed a Nexus Community Partners BCLI fellowship.  She has been an activist on issues that holistically affect her family and community, including policy and police violence, homelessness, and gentrification, and is committed to making herself, her family, and her community a healthier environment for all to thrive. 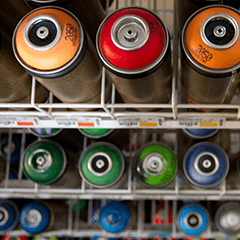