Jackie Sumell’s most celebrated project, Herman’s House, resulted from an incredible 12-year collaboration with political prisoner Herman Wallace. Herman spent decades in solitary confinement in the State of Louisiana for a crime he could not have possibly committed. In his 29th year of isolation, Sumell (then a graduate student at Stanford University) began writing him, eventually asking: “What kind of house does a man who has lived in a six-foot-by-nine-foot box for almost thirty years dream of?” This question launched the collaborative project, The House That Herman Built (Herman’s House), an ongoing exhibition, installation, book, advocacy campaign, and Emmy Award-winning documentary (Best Artistic Documentary, 2013).

After spending over 41 years in a 6’ x 9’ cage, Herman’s conviction was overturned, and he was released from prison on October 1, 2013. He died 3 days later from the complications of advanced liver cancer. Fueled by the desire to keep Herman’s legacy alive, The Solitary Gardens turns solitary confinement cells into garden beds that are the same size and blueprint as the cell Herman—and so many others—spent decades in. The contents (plants, flowers and herbs) of the prison-cell-turned-garden-bed are designed by prisoners serving their sentences in isolation through proxies on the outside. Central to this project is a call to end the inhumane conditions of solitary confinement, inspiring compassion necessary to dismantle systems of punishment and control.

Jackie Sumell (born 1973) is an American multidisciplinary artist and activist whose work interrogates the abuses of the American criminal justice system. She is best known for her collaborative project with the late Herman Wallace, one of the former Angola 3 prisoners, entitled The House That Herman Built.

ABOUT THE JXTA GALLERY:

The JXTA Gallery hosts exhibitions by local, national, and international visiting artists, as well as collections of work created by JXTA youth apprentices. The Gallery’s activities uplift, support, and provide a platform for local and regional emerging and established artists, prioritizing the work of people of color and artists from other marginalized communities. 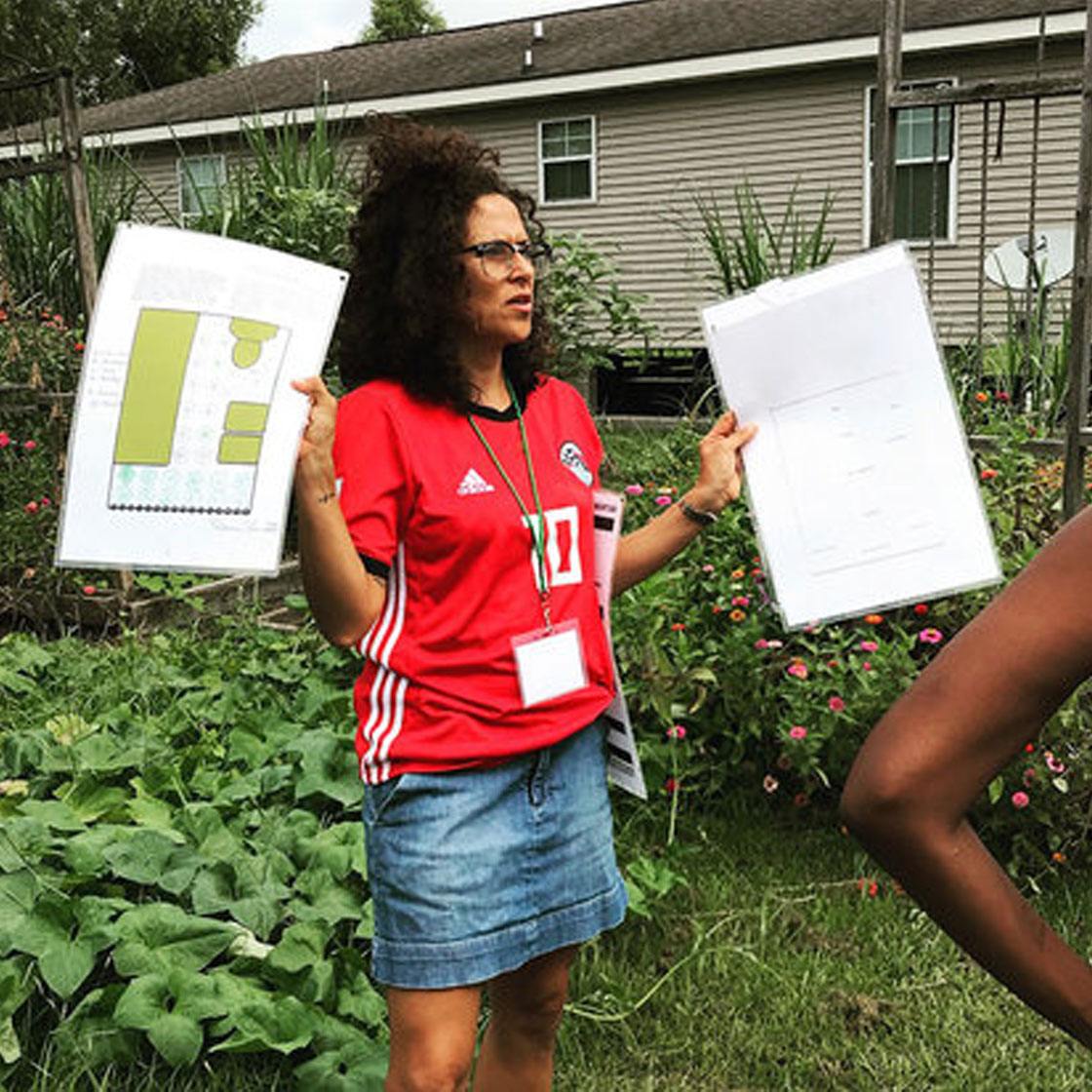