From April 5-8, Minneapolis hosted the Men’s Final Four Basketball Tournament which brought in 94,000 out-of-state visitors and $142 million estimated total revenue for the Twin Cities. Over the last few months, JXTA was involved in this huge event; members of our team designed marketing materials, a fully-customized mural, custom backboard designs, and more, working with various partners to help make this an extraordinary week for basketball fans and visitors.

As part of these renovations, JXTA resident artist and Free Wall and Textiles & Screen Printing teaching artist Alex Smith produced a full-scale mural painting to decorate the newly renovated gym area. Inspired by basketball iconography and by the youth who will eventually use it, the mural serves as the perfect backdrop for the gymnasium’s basketball court. In addition to this large-scale mural, Graphic Design Lab apprentices Patricio De Lara (20) and DJ Bryant (19) and Graphic Design teaching artist Greta Kotz designed a vinyl mural to decorate an ancillary recreational space. Says Kotz: “We wanted to create an energetic mural that depicts both education and creativity. With help from JXTA apprentices DJ Bryant and Patricio De Lara, we decided on some playful typefaces, color palettes, and an inspirational quote from Albert Einstein: ‘Logic will get you from A to B. Imagination will take you everywhere.’”

North Commons is and has been an integral facility in the North Minneapolis Community; an investment of this scale demonstrates the commitment to community assets in this area. We are proud to have contributed to this full-scale renovation.

JXTA has worked with MLOC, the organization in charge of planning this massive event, since their bid for hosting the Final Four in Minneapolis in 2014. JXTA provided creative support in this bid, installed a basketball-themed sculpture at MLOC headquarters, and this year got involved in Final Four event planning. Graphic Design Lab designed and facilitated the production of marketing materials for VIP visitors including four brochure designs, an album cover, an album insert, four notecard designs, a flyer, five hangtags, a tote bag, a cookie canister design, and nearly 100 individual icons.

Avahnii Lewis (17), an apprentice in Graphic Design, was the lead on this project:

Each of us working on the initial concepts for the brochures and other materials had a unique idea that varied in style, color, and feel. My concept is very focused on simple illustration and bright color palettes, making the brochures easy to understand yet also vibrant and eye-catching. The design includes icons that I created which relate to the theme of the day – basketball – and Minneapolis. I was excited when MLOC selected my designs, as all the concepts submitted by my peers were strong. After that, the project moved quickly and I led a team of other designers in lab to produce a wide assortment of materials. I’ll be starting college applications soon and I can’t wait to add this huge project to my portfolio.

Participating in an event of this scale allowed us to flex our creative muscles and work closely with folks from various organizations to make it a reality. JXTA Graphic Design Lab worked closely with the Local Organizing Committee to make sure materials and experiences created were unique and special. Said MLOC CEO Kate Mortenson: “From the beginning, JXTA has supported the Minneapolis Local Organizing Committee in laying out an artistic vision for the dense, dynamic and diverse experience Minneapolis has to offer visitors to our region. The leadership and mentorship at JXTA allowed us to access quality artistic vision and execution for the many elements of our program.”

In addition to creating marketing materials for visitors, JXTA was also commissioned to create a set of custom-designed and painted backboards that were unveiled at the Minneapolis Convention Center on Thursday, April 4, 2019. Inspired by the design for the installation at MLOC headquarters, the backboards were designed by Graphic Design Lab, and the finishing touches were hand-painted by JXTA Chief Cultural Producer Roger Cummings. The backboards were unveiled and presented to the Final Four teams at the SALUTE fan ceremony on April 4 to kick off the weekend’s activities.

JXTA’s involvement in these projects demonstrates the commitment from local and national organizations to include and support local organizations in executing large-scale events like the Final Four. We’re proud to have been selected to contribute to this weekend of activities and to showcase the talent fostered in our vibrant Twin Cities. 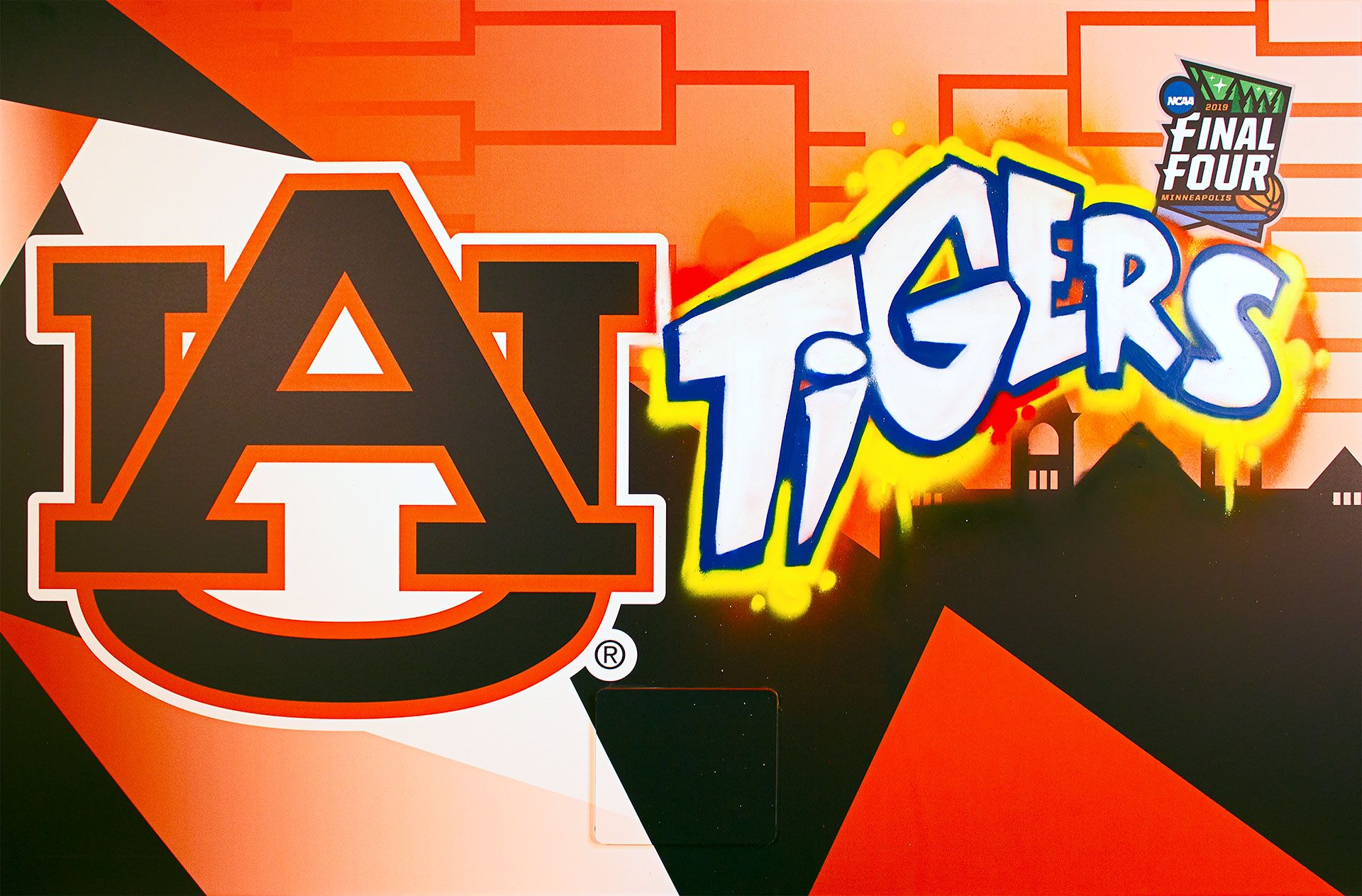 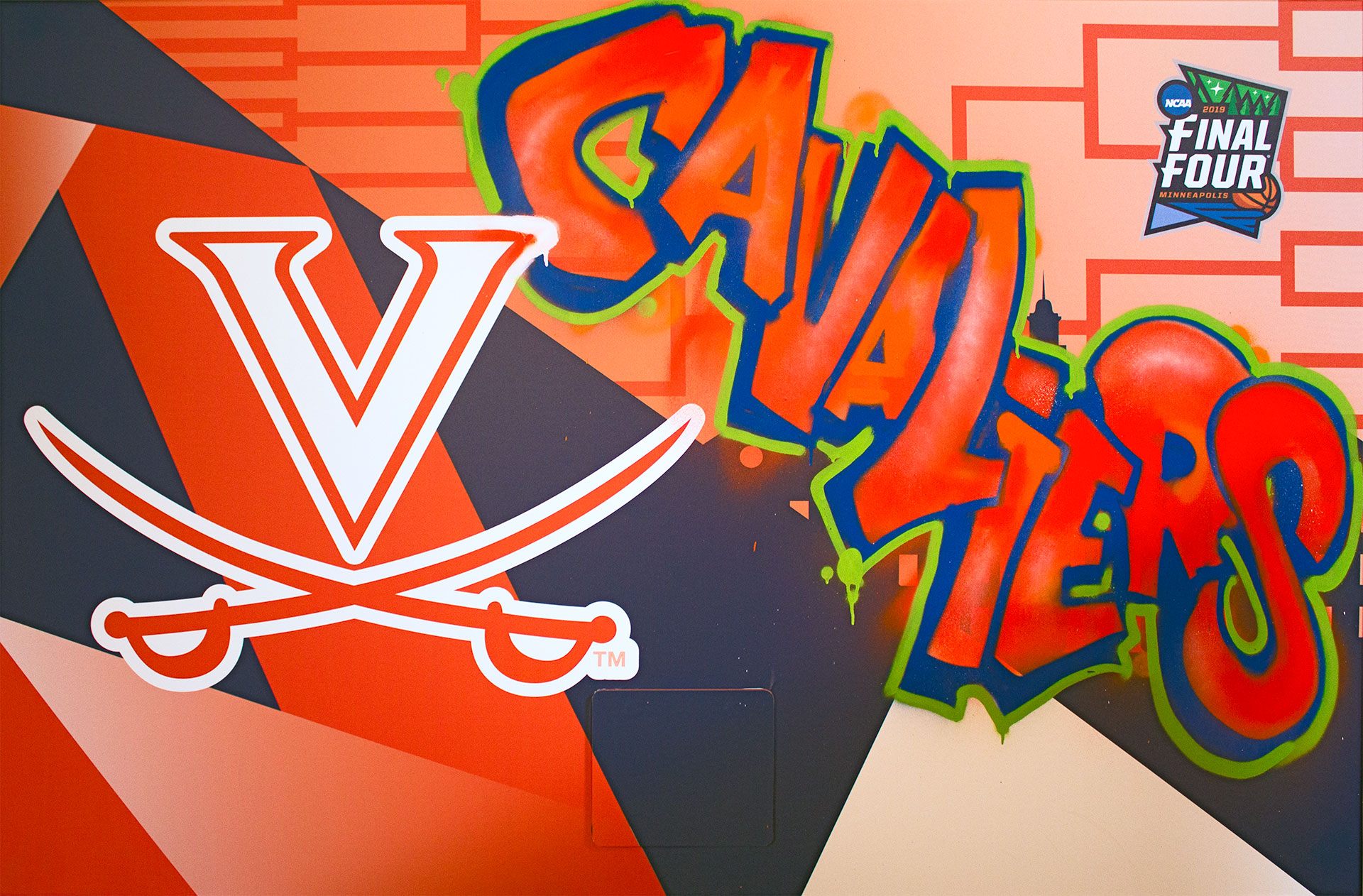 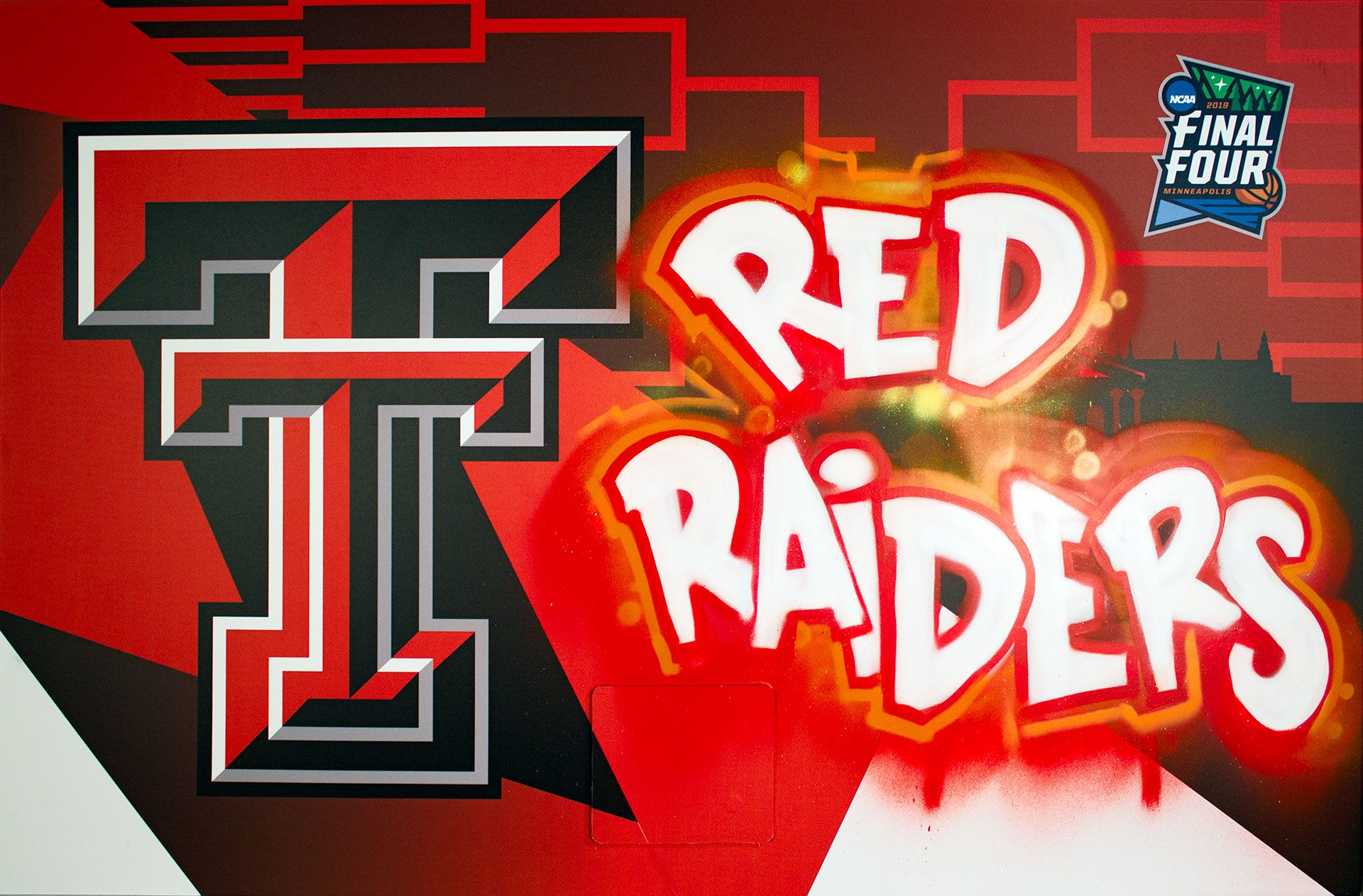 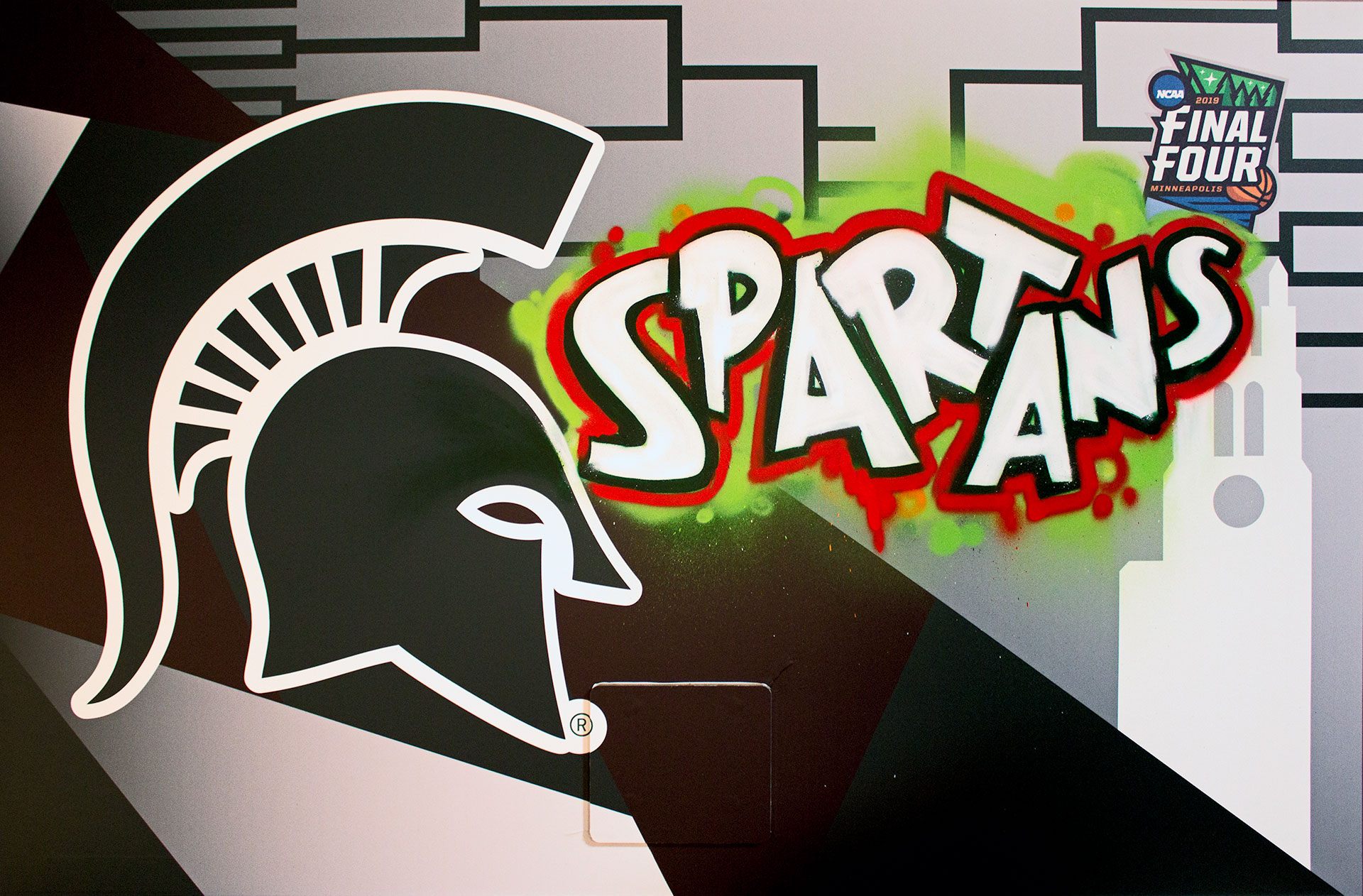