Who We Are Mural

“Who We Are” was designed by youth and adult artists in JXTA’s Public Art Studio. It is inspired by the works of Emory Douglas, Minister of Culture to the Black Panther Party for Self Defense, who conducted a workshop at JXTA last year. Apprentices worked for two weeks in June of 2016 with Houston-based artist Jamal Cyrus and JXTA Director Roger Cummings to develop the design. Then Public Art lead artist, Tia Simone-Gardner, took over to support the youth to bring the mural to completion. The mural includes photos of ancestors and heroes which were contributed by community members. In creating this work of public art, the public art team seeks to honor and affirm black life through a celebration of ancestry. Artists from our Public Art studio say this about the project:

We began working in June of 2016, shortly after the passing of Prince and Muhammad Ali. And during the making of this mural we saw the killings of both Philando Castile in St. Paul and Alton Sterling in Baton Rouge. We also saw Lashae Jones lose her two year-old toddler, Le’Vonte King Jones, just a few blocks from the JXTA campus.

We are invoking the Black Madonna as an inherently revolutionary figure because she represents a source of power, which counters the more pervasive images of Black women and children as submissive and helpless. The Black woman is a pillar of the Black community and, so, the mother and child image is also deeply political. She pushes us to think about freedom not as a ballistic series of events but as a space of radical communion. 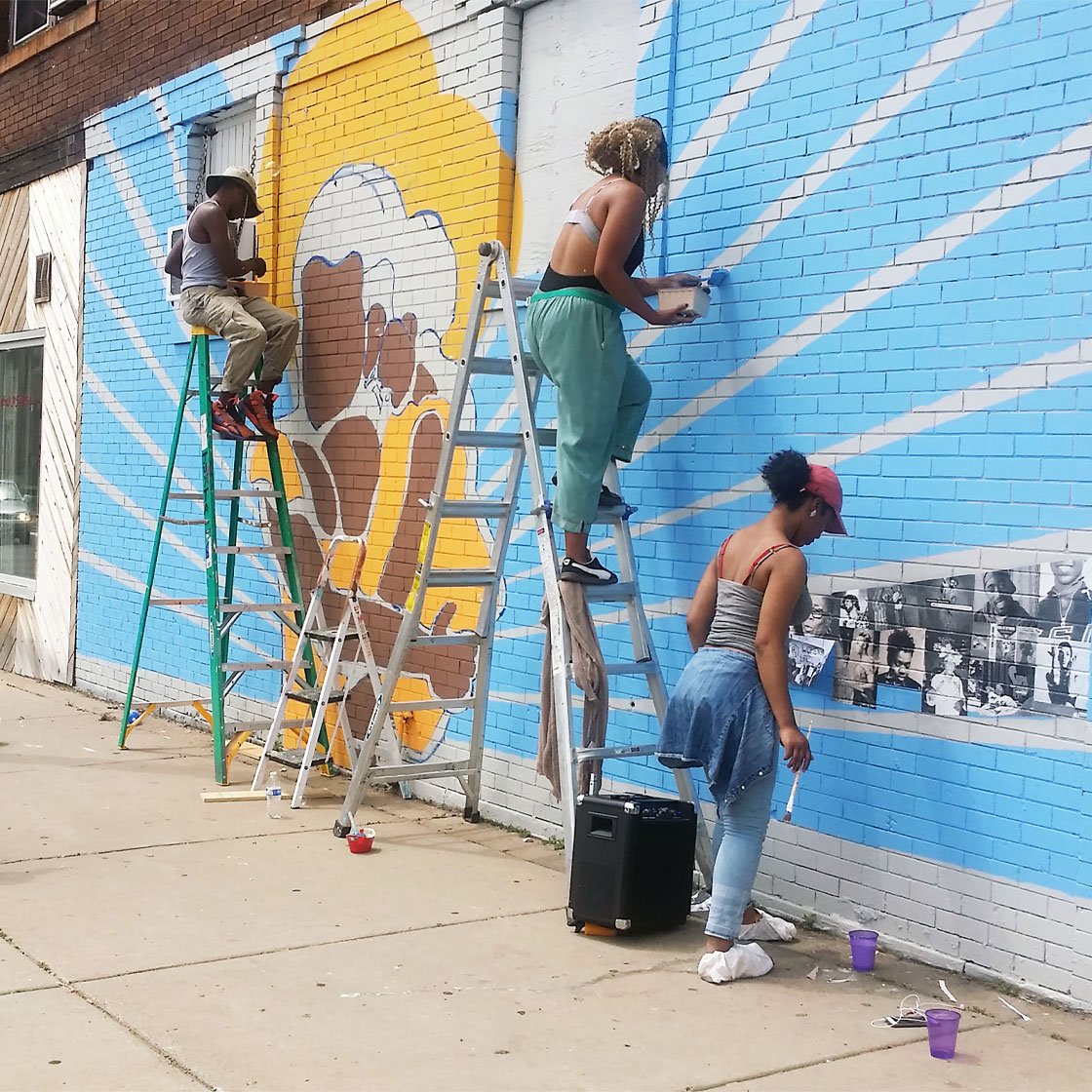 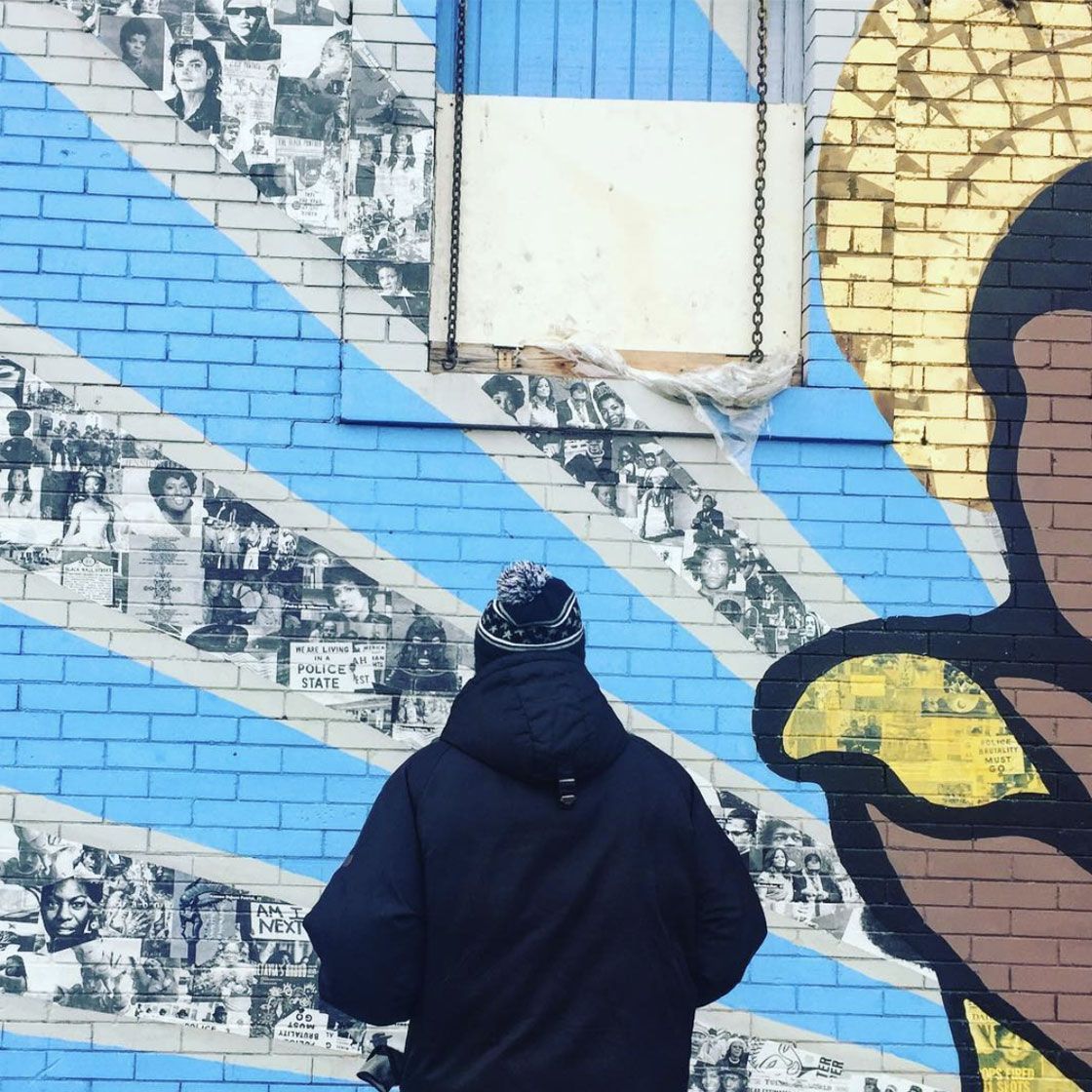 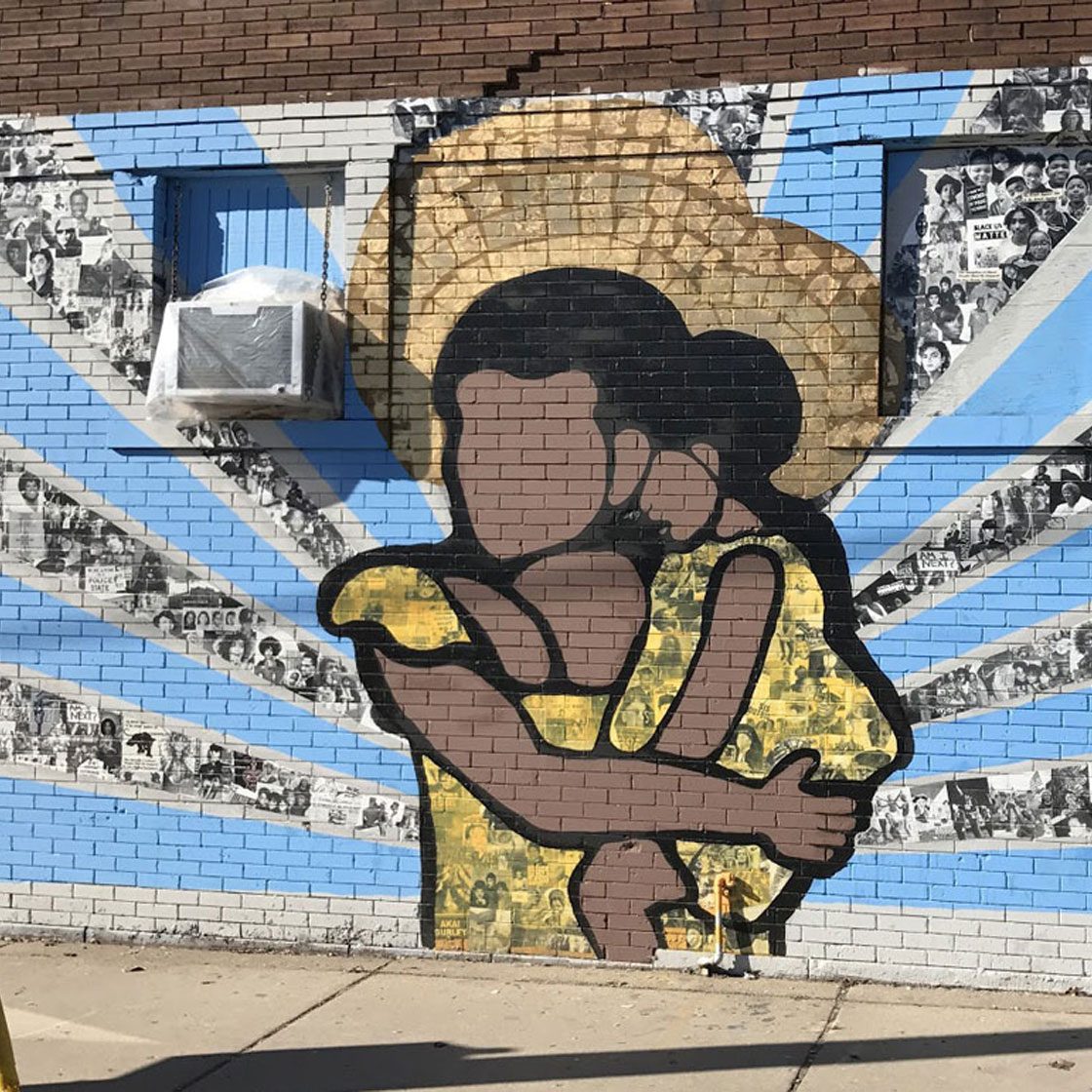