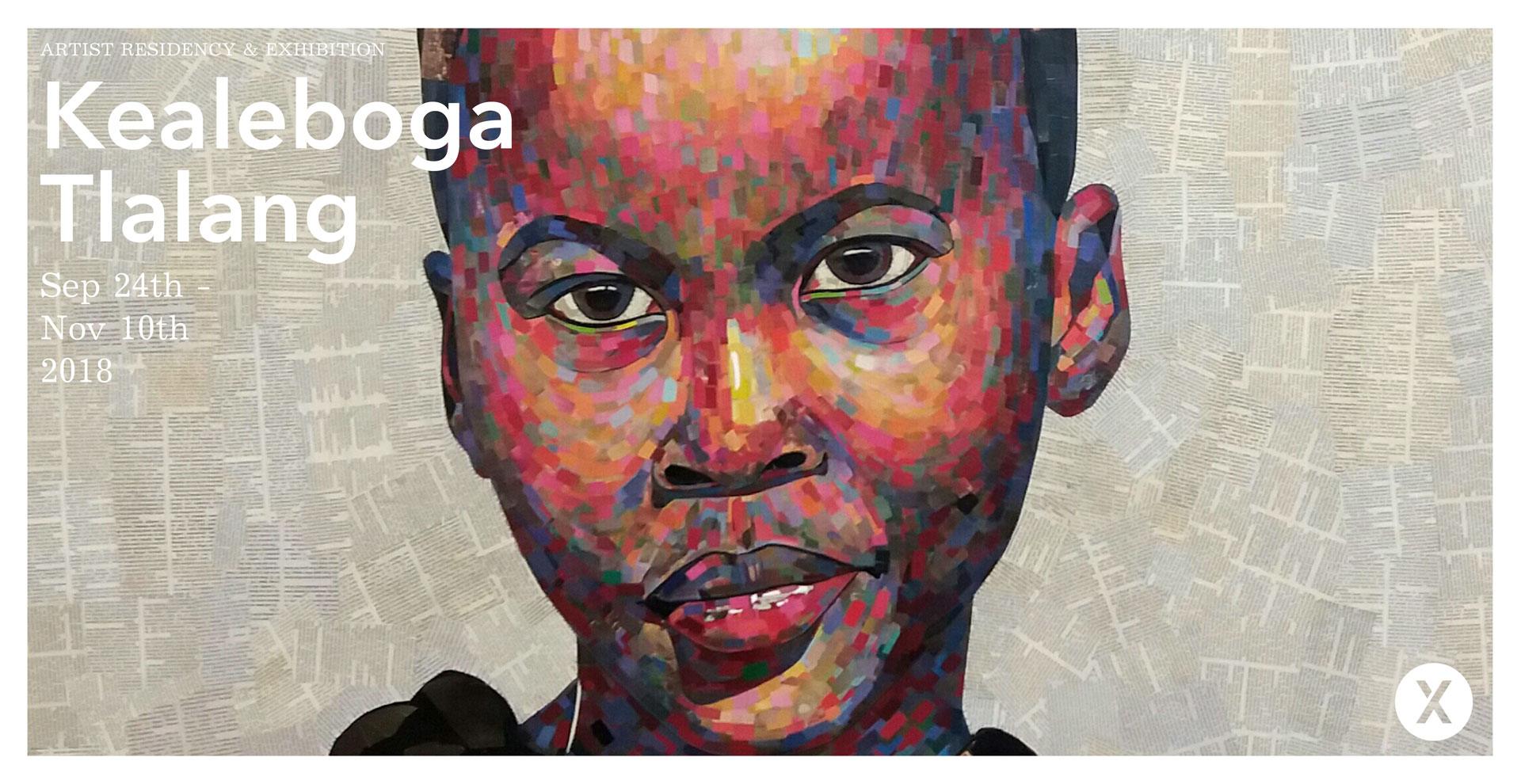 Tlalang’s focus is the expressiveness of the human face. Fascinated by the ability for the face to tell many stories–stoicism, melancholy, joy–Tlalang’s work expresses a deep curiosity for human subtleties. Art for him is akin to biographical writing, where each collage allows him to represent different movements and shifts in his own observations of the world around him.

In addition to the exhibition, Tlalang will also work with youth in the JXTA Labs in an art-making workshop where he will share his creative process with young artists at JXTA. Apprentices will have the opportunity to explore paint, collage, and other multimedia techniques with the artist during this residency.

Kealeboga Tlalang: on view at the JXTA Gallery from September 24 through November 10

About the Artist:
Kealeboga Tlalang was born in 1991 in the Northwest province of South Africa in a small village called Gopane. His love for art developed around the age of seven from observing his uncle–an artist–Utukile Lucas Tlalang. During his years in school, Tlalang would draw pictures for his school-mates and teachers so that he could buy lunch since his parents didn’t have enough money for food. During this time, he fell in love with something else, something he discovered he had a talent for: numbers and mathematics. He completed matric at Ramotshere High School and was awarded a sponsorship to pursue his studies in mathematics.

Tlalang moved to Johannesburg from Zeerust in 2012 to study mathematical science at the University of Johannesburg. During his second year, he felt incomplete; his love for art was consuming him and he wondered if he had pursued the wrong career. That same year, he knew something had to be done: either continue with mathematics or return to art-making. He felt fulfilled by both, but knew he had to choose just one.

Ultimately, he chose art, because in his artwork he is able to incorporate his love for mathematics and numbers. As his career as an artist was put into motion, Tlalang joined the Living Artist Emporium platform where he was given opportunities to exhibit with well-known artists in prestigious galleries. He received recognition in magazine features, television interviews, and art fairs. Tlalang now has his own studio in Johannesburg, sharing a building with some of the most prominent South African and African visual artists.