In 2014, Enviro Lab custom designed and assembled bookshelves for Ancestry Books (open 2013-2015). The bookshelf design took inspiration from the ubiquitous “Little Free Libraries” found on lawns and in neighborhoods; the bookshelves were meant to serve as “miniature homes” for books sold at Ancestry Books. The designs were drafted in Enviro Lab and the wood pieces were cut in the studio on 1102 W Broadway based on the drafted designs. The pieces were then brought on-site to Ancestry books, where they were stained and later assembled inside the shop to create the final structures. 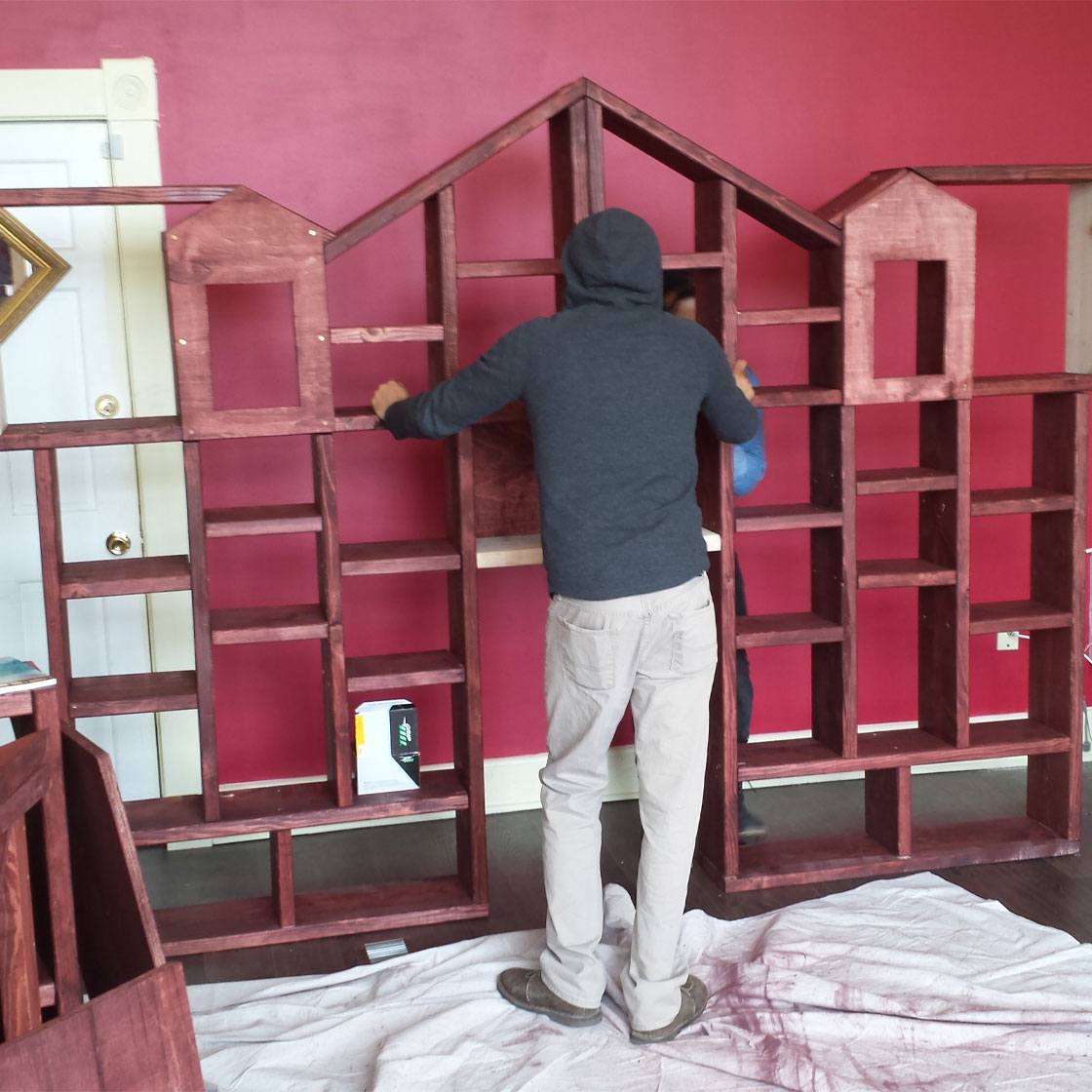 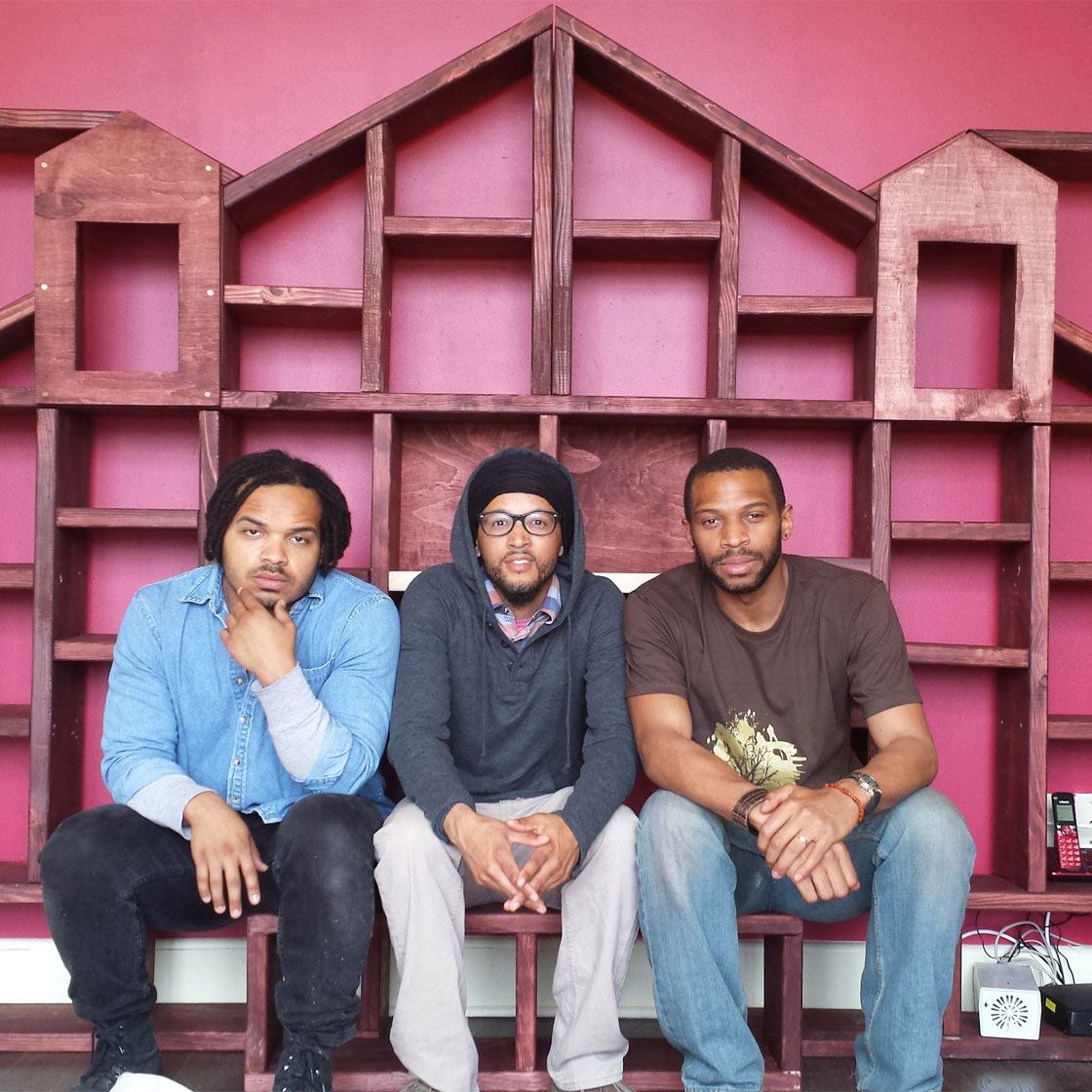 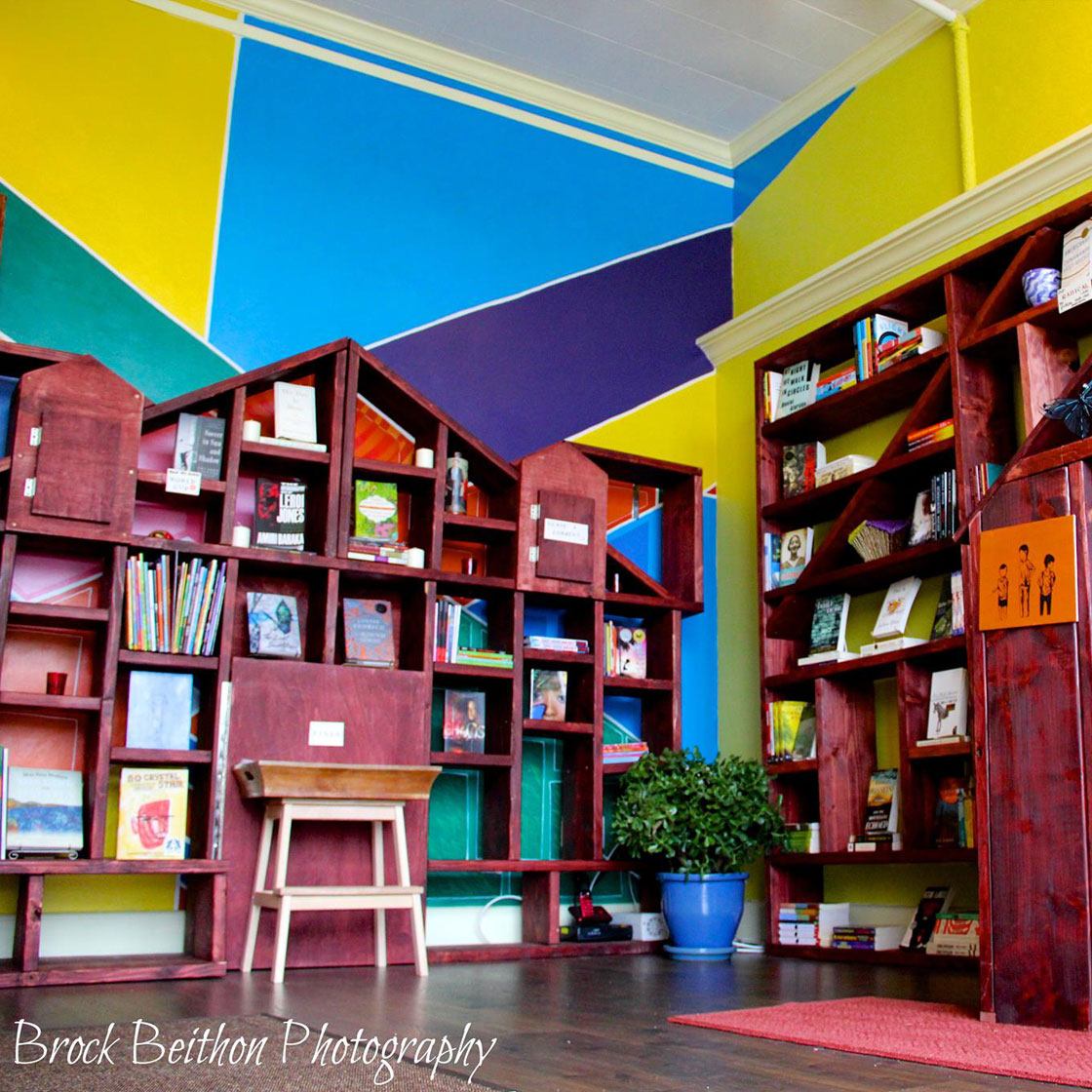 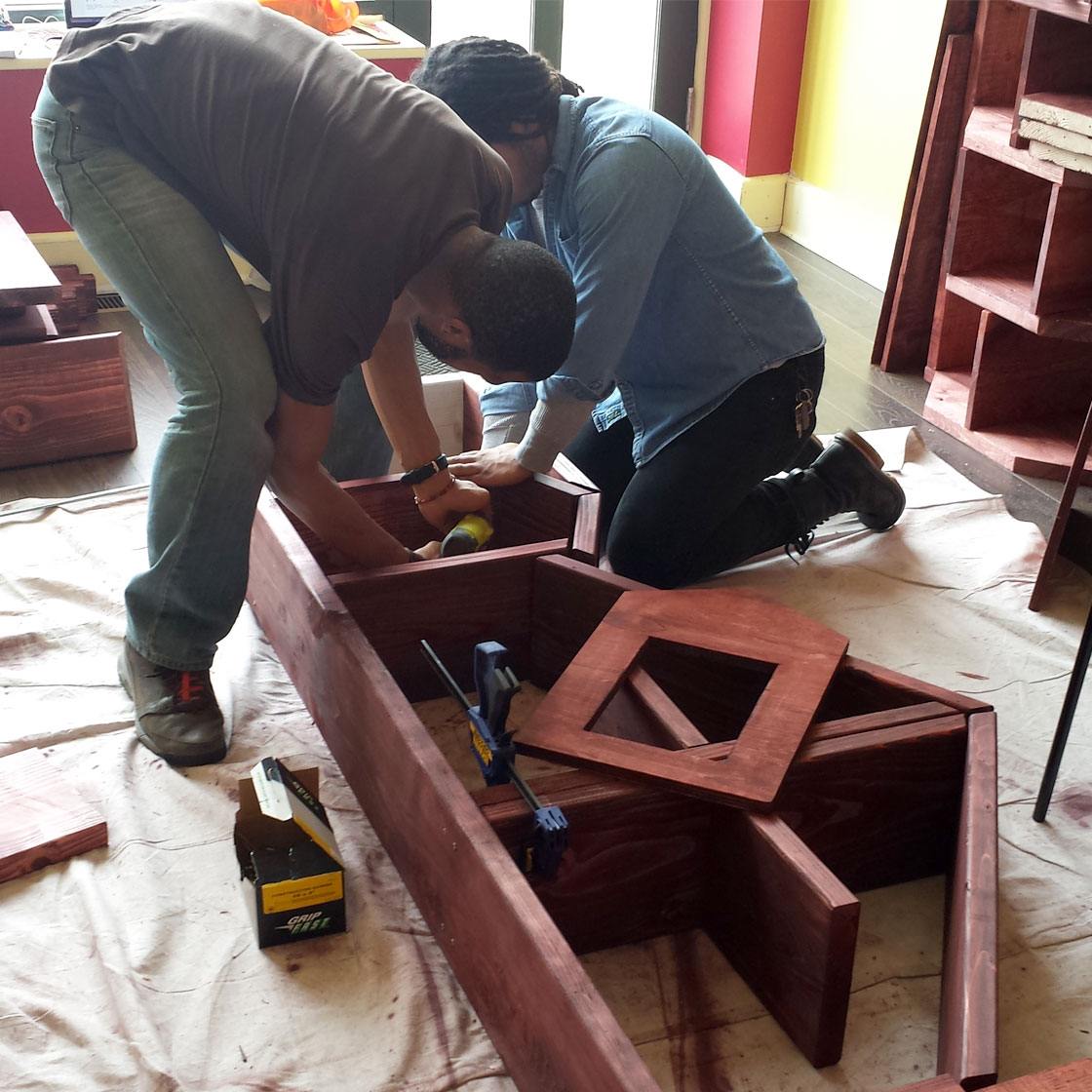 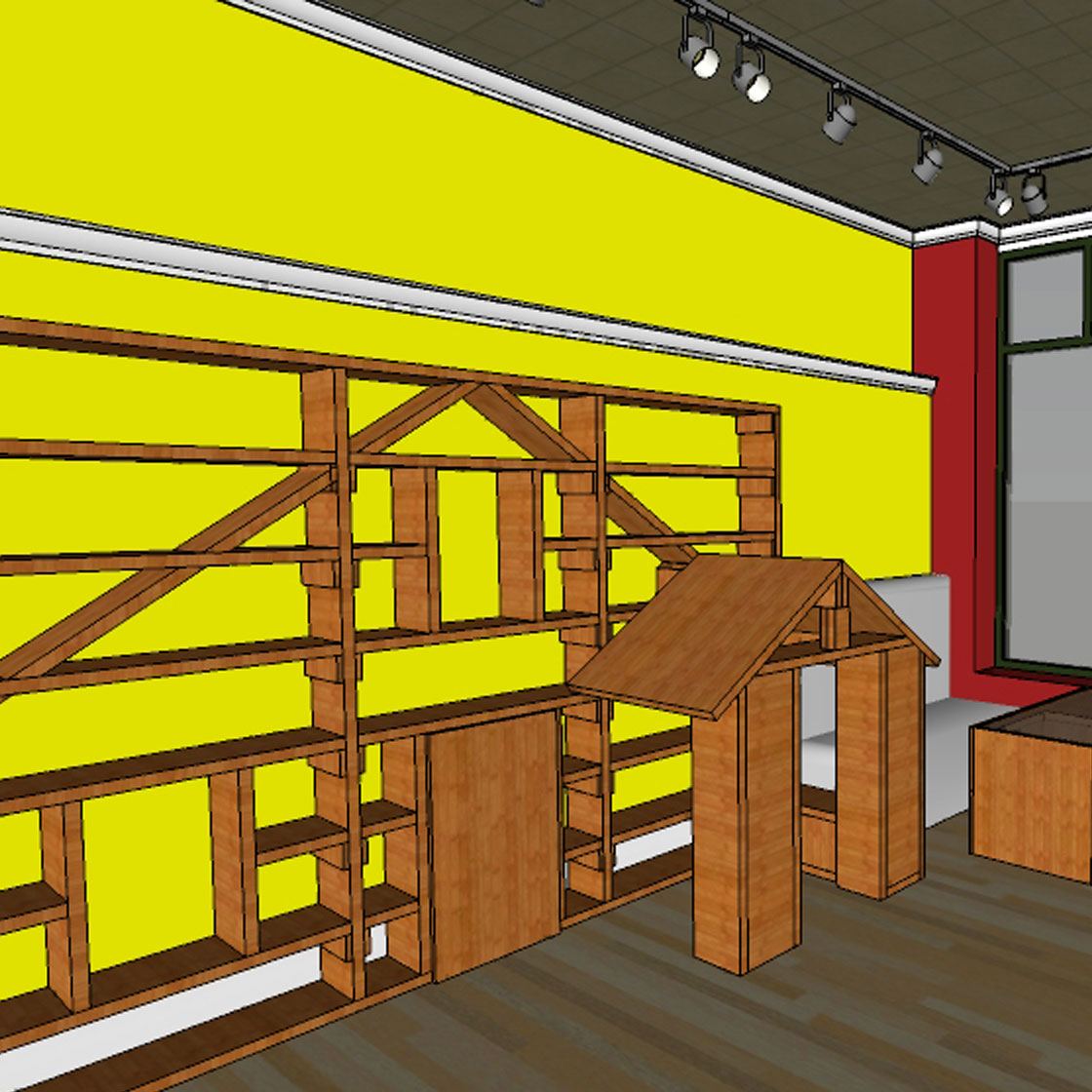